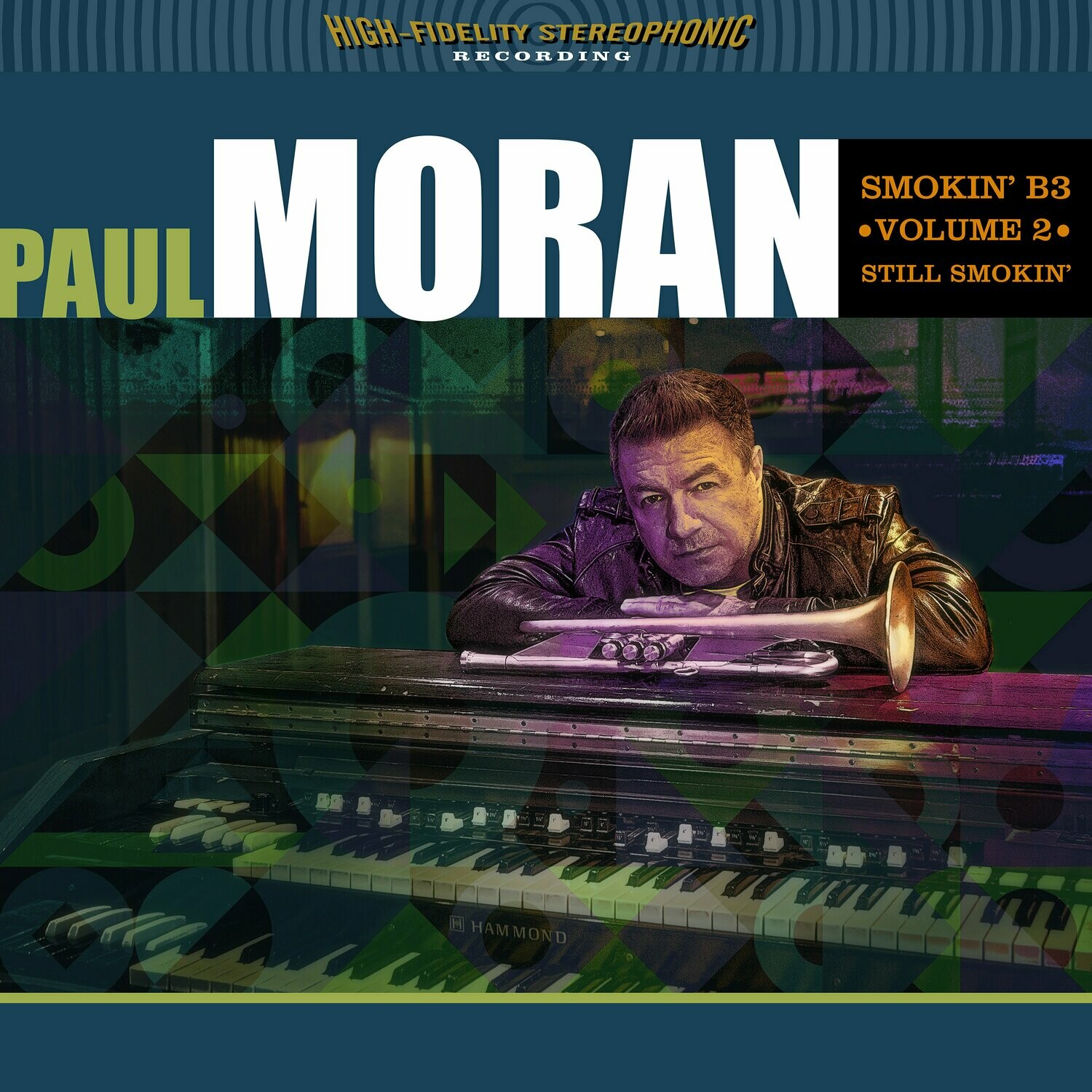 Brand-new CD from multi-instrumentalist Paul Moran, Van Morrison’s long-time musical director: Smokin’ B3 Vol.2: Still Smokin’. When someone has proved he can do just about everything, it’s always interesting to hear what such an accomplished musician chooses to do for his own project. With the release of his 5th album as a leader, Smokin’ B3 Vol. 2: Still Smokin’, Paul Moran leaves no doubt as to his comfort and pleasure in playing jazz. Moran has demonstrated his abilities as a composer, arranger, band leader, and musical director in practically every genre, including pop, jazz, rock, country, classical, R&B, and more. He has made music on stages, in studios, and on camera with the likes of Bette Midler, George Benson, Natalie Cole, Peter Townsend, Buddy Greco, Maceo Parker, and even Monty Python. Moran has appeared in venues from Ronnie Scott’s to the Hollywood Bowl, and his compositions have been heard on the BBC, The Oprah Winfrey Show, and on Sony Playstation games. On Smokin’ B3 Vol. 2: Still Smokin’, Moran makes himself at home behind the Hammond B3, paying tribute to organ greats he cites as in uences including Jimmy Smith, Jimmy McGri , and Richard “Groove” Holmes. Still Smokin’ o ers a solid mix of tender ballads (“Have You Seen Her”), cookers (“Ruby Blues”), jazz standards (“The Work Song”), originals (“Scallywag”), and familiar pop tunes (“Come Together”). Highlight from Smokin’ B3 Vol. 2: Still Smokin’ include: Moran salutes organist Richard “Groove” Holmes with this hard swinging version of “Where or When,” penned by Rodgers and Hart in the 1930s for the Broadway musical Babes in Arms. Often delivered as a wistful ballad, the tune has fantastic drive this time around. From its delicate opener to its crisp but funky ending, guitarist Jim Mullen shines on this knowing take on Fats Domino’s classic rockin’ New Orleans hit “Blueberry Hill.” The New Orleans vibe doesn’t stop with just one tune—check out Moran’s take on Allen Toussaint’s “Workin’ in the Coal Mine.” “Fried Chicken” is steeped in the timeless down-home organ band tradition, with a deep, greasy groove. Besides shining on the keys, Moran also contributes a brilliant trumpet solo.