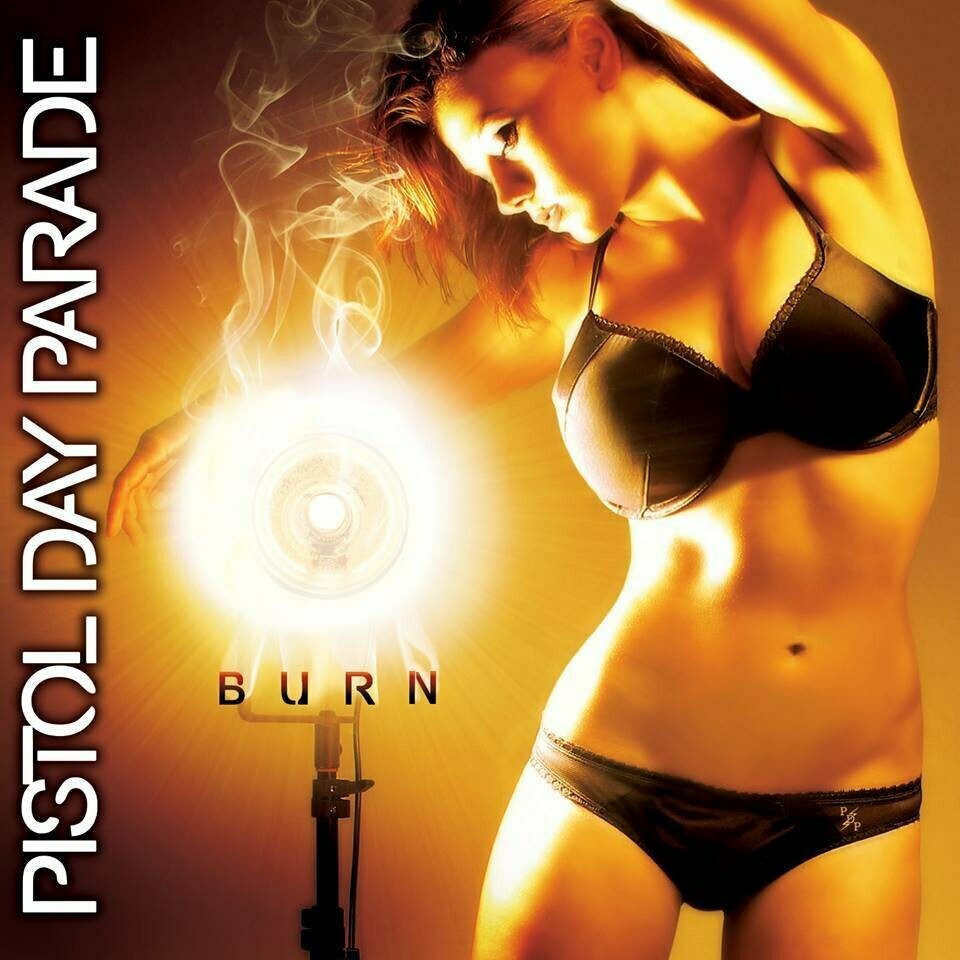 Review of "BURN" from new-transcendence.com

Detroit’s Pistol Day Parade could fit perfectly in with the higher-earning rock bands of the 90s such as Creed, Bush, Smile Empty Soul, etc while keeping just enough of a modern flavor to fit right into today’s rock scene. Raw vocal power, breathtaking melodies and straight in your face rock and roll is what this group of guys set out to give their fans! With their latest album, “Burn”, you can tell that they threw every bit of their blood, sweat and tears into it to make something truly monumental! Rock bands these days try too hard, try to appeal to the mainstream for the bucks or they try to throw TOO much emotion into something that should sound a lot more fun. PDP is not one of those bands. Every single track is well-structured. The melodies are perfectly placed, the harmonies are, well, harmonious and the instrumentals will leave you wanting more!

The opener, “Rockstars Girlfriend” is a track that will have the girls shaking their asses, without a doubt. It’s a track about the groupies that find themselves “backstage” with a band and think that it entitles them to something. It’s just a reminder that no matter how big you think it will get you, you’ll never be nothing more than 1. a notch in their belt or 2. a rockstar’s girlfriend. Then you have heavier hitting tracks like “New Life” which feature a little bit of screaming as well as some heavier hitting instrumentals. Then you have hit single, “Not Today”, which is a track about feeling like you’ve hit your lowest point, but not wanting to believe it. It’s a track about being in those days where you just want to end it all, but somehow find the strength to pursue whatever goals you may have set for yourself. It’s a track that many, I believe, will relate to all too well. Of course, you’ve got your fun, yet meaningful songs like “High” which is a track about the life of prostitution and the degradation you’re subjected to when you’re hooked in that lifestyle. One of my favorites is the second to last track on the album, “Better”. It’s a track about reaching out to the ones you love and finding ways to better yourself in your darkest hours. It’s a track about the love you find in family and friends when you need it the most. It’s a track that has had much impact on my heart, after multiple listens.

Overall, as far as true rock albums go, you won’t find a better example than “Burn”. Every single piece of music on this album is perfectly projected in the way that it was intended and it will bring out a lot of emotion in the listener. I suggest you go pick up your copy of “Burn” on Goomba Music using one of the links below and discover for yourself just how amazing Pistol Day Parade can be!