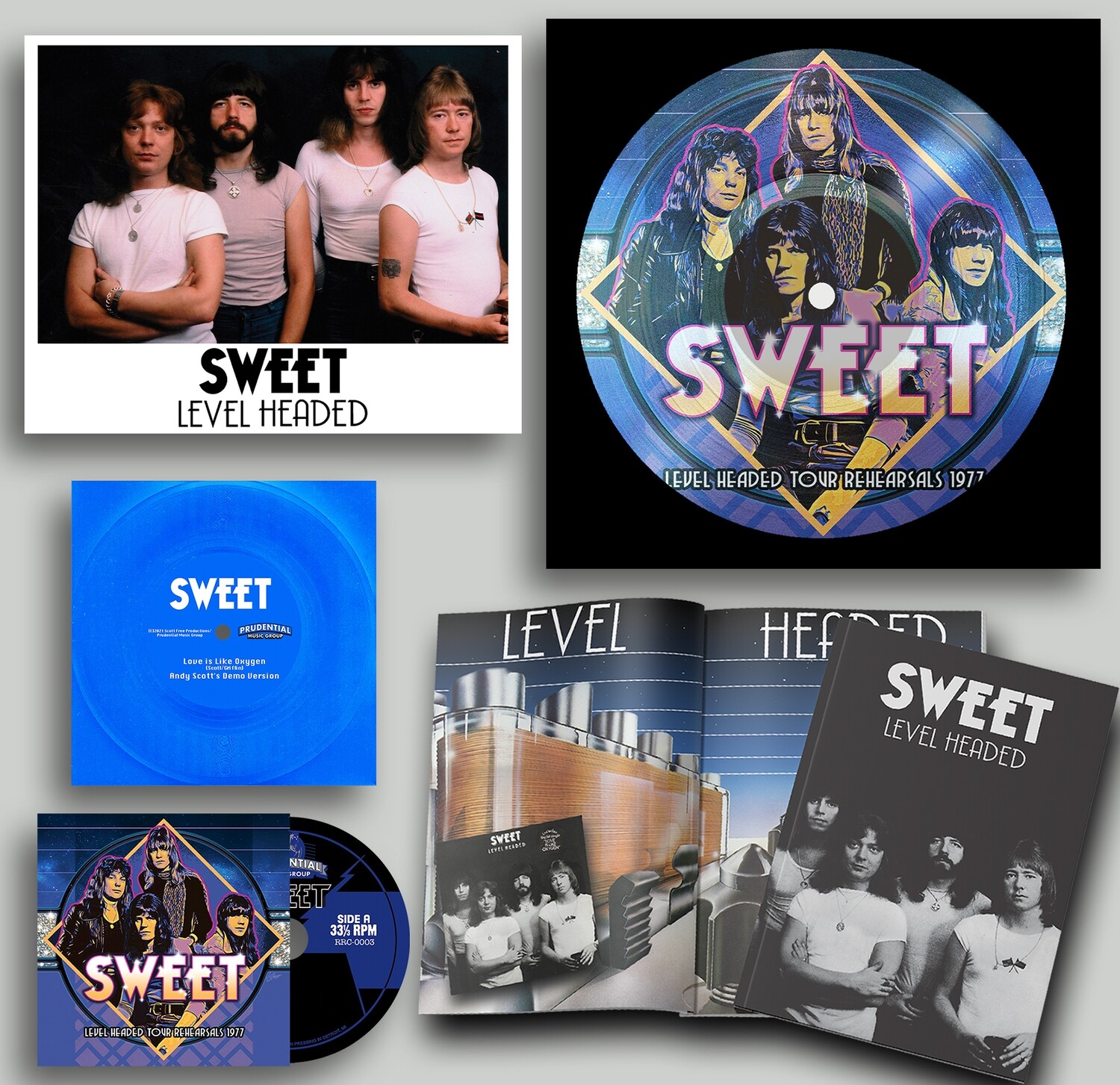 -Love Is Like Oxygen” (Andy Scott Demo) - Blue Flexi Disc Andy’s Scott’s demo remastered from the original multitrack tape. This demo has never before been officially released in any physical format