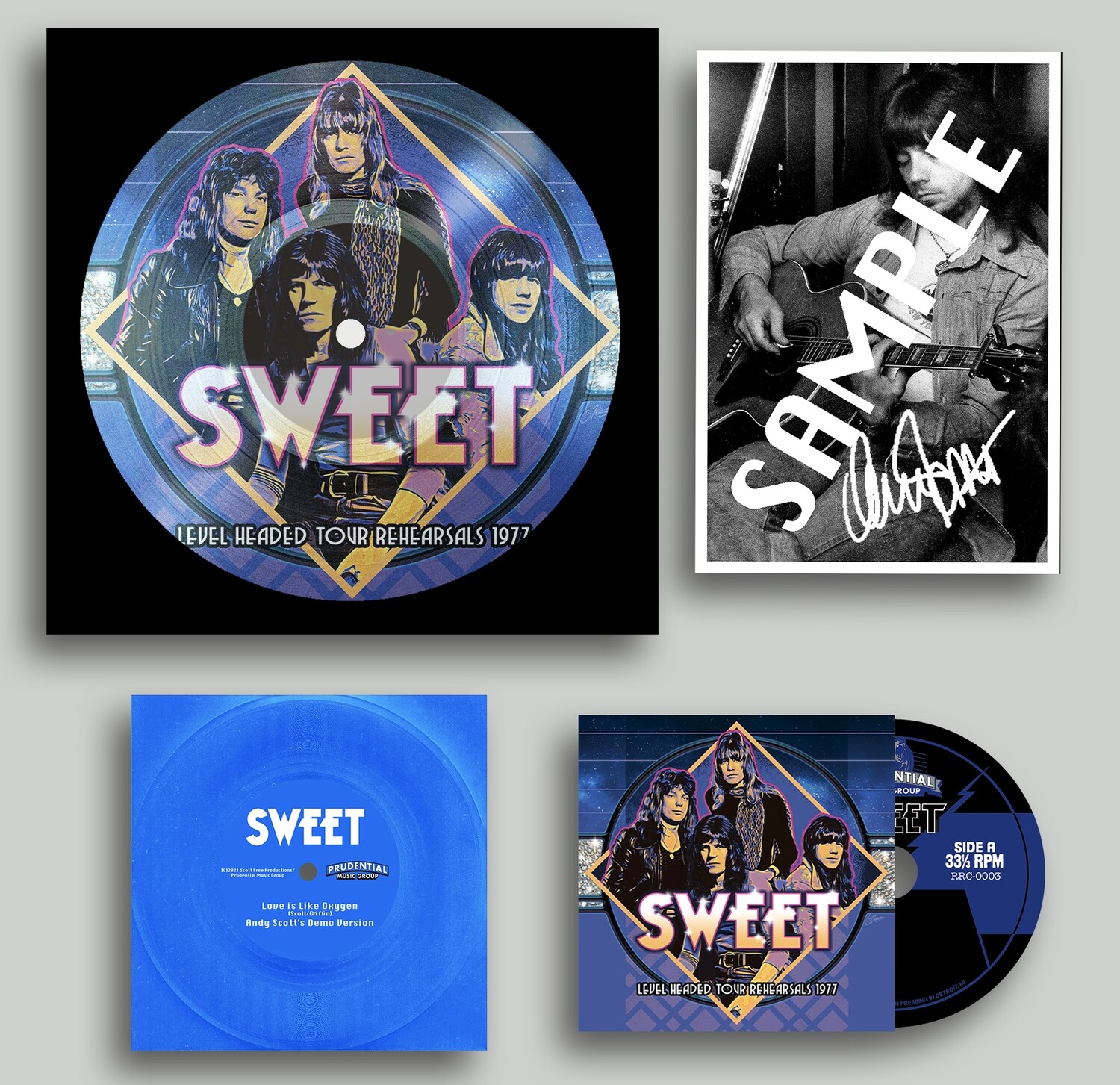 Love Is Like Oxygen” (Andy Scott Demo) - Blue Flexi Disc Andy’s Scott’s demo remastered from the original multitrack tape. This demo has never before been officially released in any physical format

Andy Scott Signed high quality 10" x 8" black & white photograph of Andy taken by Dick Barnatt at Clearwell Castle in Monmouthshire during the writing and recording of the Level Headed album. Each photograph is signed by Andy these are not cheap prints with a stamped autograph